This photo is of a sculpture by Richard Serra titled “wake”. It’s part of The Olympic Sculpture Park on Elliot Bay in Seattle. It’s a place I would wander around on hot summer days when I was learning that wandering was an acceptable way to spend my time. Acceptable to me.

Serra has said that “space is a substance as tangible as sculpture.” It's the kind of art that people turn their nose at in disapproval and wonder why anyone would spend money and time on constructing something whose purpose is indecipherable upon a quick glance. The experience of it is intended to change depending on what vantage point or time of day the viewer engages with it.

I've happened upon it in the morning, afternoon, and evening.  I've been clear-headed while observing the steel in the shape of the structure and I've also been lost in other thoughts and paid little attention to the actual piece while walking in between the shapes.

Richard Serra and Philip Glass were friends early in their careers when they were both trying to get a start. They would hang around in New York City and scour the streets for objects that Serra could use in his art. It’s humbling to think of the two of them in the space of the Manhattan streets learning to bring their visions to life with discarded and reclaimed material.

I’ve always had a seamless relationship with music and through my teen years I listened to mostly modern rock and hip hop. Still, I was a late adopter of Radiohead’s The Bends. When I finally got into it, I grouped it with the other mid-tempo rock that was on the radio. With the exception of the last track Street Spirit (fade out). It’s a hypnotic lullaby that centers around an arpeggiated guitar part.

Jazz Monroe, of NME wrote, “That uneasy intrigue emanates from ‘Street Spirit’...Full of desolate melancholy and nebulous lyrics, Radiohead’s black hymn is the sound of a surrender to unpindownable grief, the mysterious modern disease of mourning invisible losses – the declining environment, the international victims of Western excess, and the collapse of mainstream spirituality.”

I got none of this when I listened to the song. I was preoccupied with the power in the slow movement of the arrangement. I was used to songs building by starting hard and fast and creating tension by pausing to create the expectation of a solo, but Street Spirit doesn’t do that. It begins with the aforementioned arpeggios and only changes slightly during the chorus section where Thom Yorke’s voice blooms into the refrain, “Fade Out….Again”, holding the last word with his bursting beautiful vocals.

I wouldn't have known this at the time, but an arpeggio is just a chord played as single notes in sequence. So if you’re playing an Am arpeggio. You would start with the root note of the scale (A) then some sequence of the other notes in the scale. The sound of the guitar playing these arpeggios in Street Spirit is clean not distorted. It has a hypnotic effect and is divine.

Around the same time, I rented Martin Scorsese's Kundun, on VHS.  Kundun documents the life of The Dalai Lama from when he was discovered in a rural Tibetan Village by a roaming group of monks up to the point that he seeks exile in Dharamsala, India, crossing over the space from man made borders and transitioning from refugee to asylum seeker. Upon entering India the Dalai Lama is asked who he is and his reply is,  “What you see before you is a man, a simple monk.”

Kundun is a master work of the form of motion picture. It presents a completely immersive psychological experience with stunning visuals that dance gently between dream and reality. All of this is held together by a  beautifully arranged and composed score, courtesy of Philip Glass.

Soon after I watched the film, I bought the soundtrack to Kundun at a used CD store in lower Queen Anne near the old Blockbuster Video store. I listened to it obsessively.  It was my gateway drug to the complete Philip Glass catalog.

One weekend, my girlfriend, went on a trip and I stayed at her condo downtown. I had recently learned that you could reserve items from the library online with your card. I reserved everything by Philip Glass. In total, I had 17 CDs worth of his music.

My main modality for listening to music, at the time, was the original iPod Shuffle. I would argue that it is the best iPod product Apple has ever made. It fit something like a hundred songs and was as light as a feather. It was such a far cry from trying to stuff a walkman in your jacket or pocket as you make your way through the city on a run.

This particular weekend, I loaded nothing but Philip Glass music onto the shuffle and walked around downtown for hours. I would sometimes stop to have an espresso or take a nap, but mainly I drifted in the spaces around Alaskan way, Pike Place Market, and Elliot Bay learning the borders of the Philip Glass universe.

The main point I take from these experiences is that when we learn something and we want to explain what we have learned or transmit that learning to someone else, there is an instinct to essentialize. To push it on to the person or group we want to push it on to. This is valid and works a lot of the time. But there is a lot to be said for creating space (physical or sonic) for a person to inhabit and experience. To enter and leave only to come back again at another time and see how it has changed. To come back at another time and see how they have changed. To revisit the space and see how what they experience the second time compares with their previous encounter and how those reconcile. 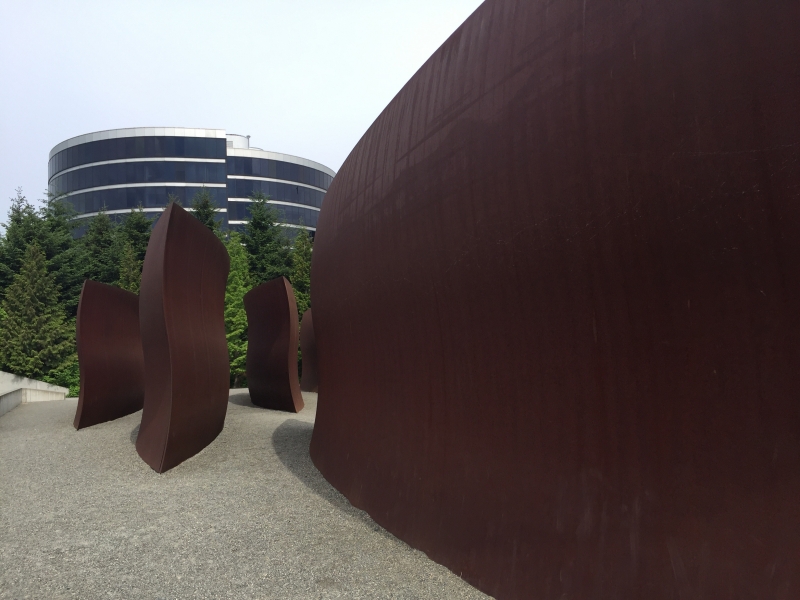